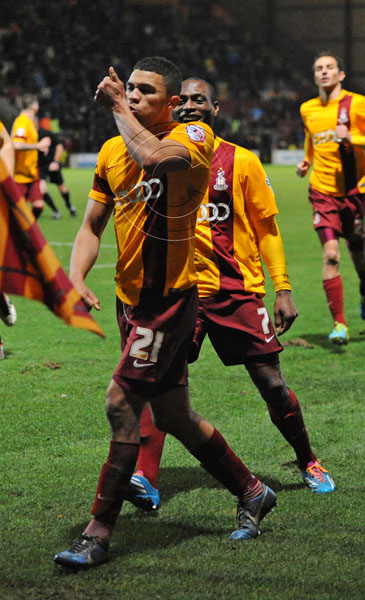 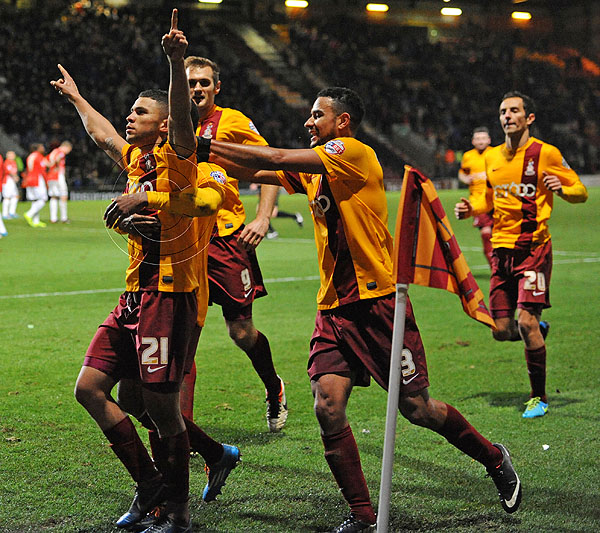 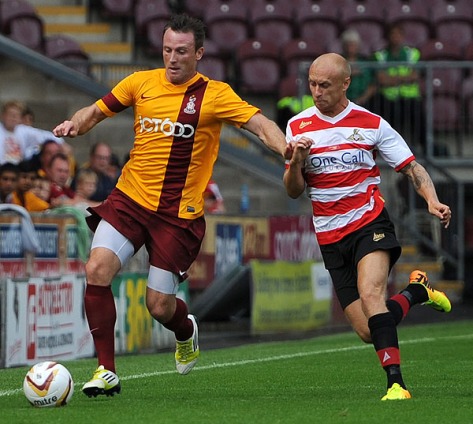 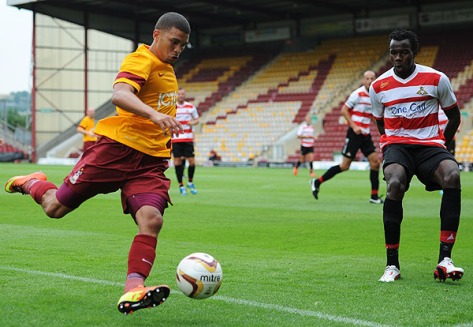 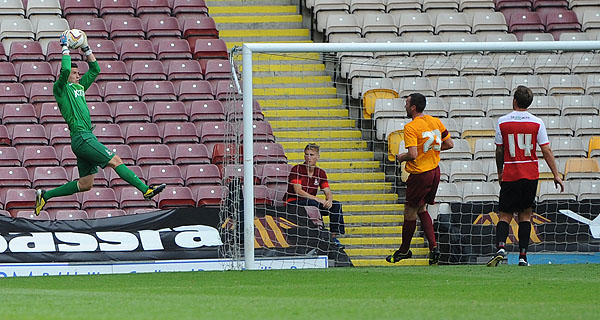 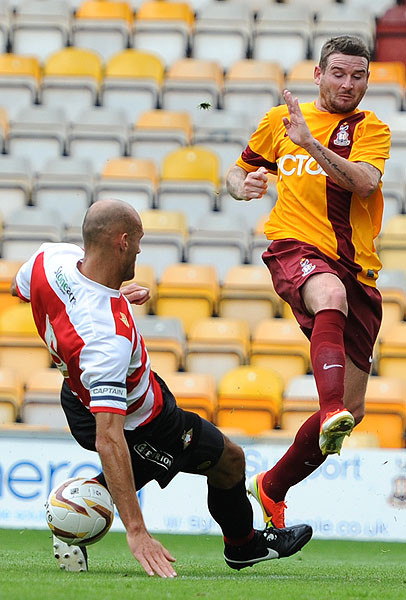 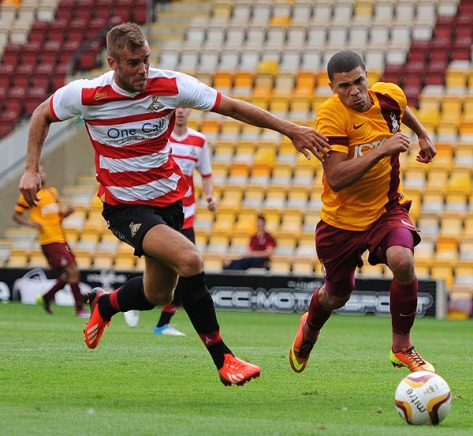 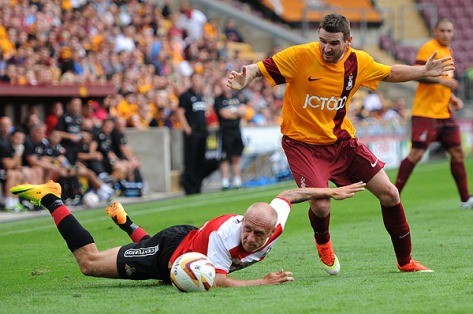 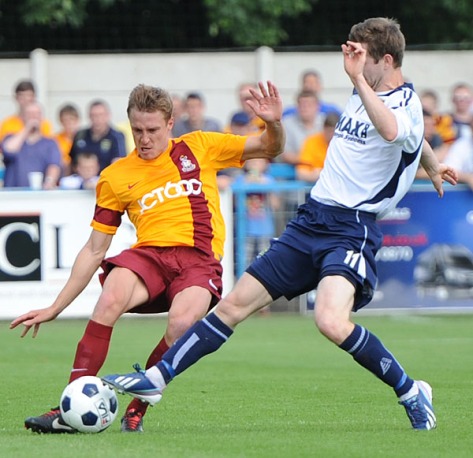 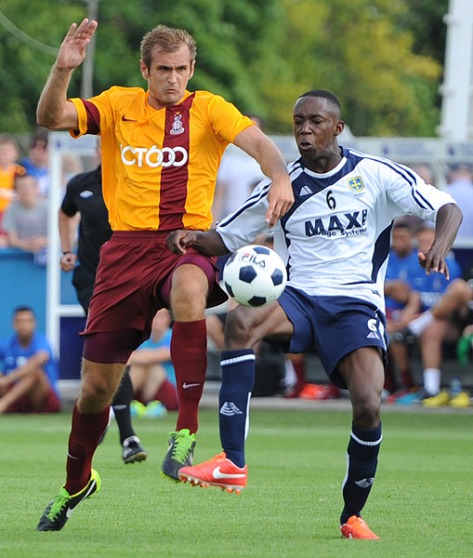 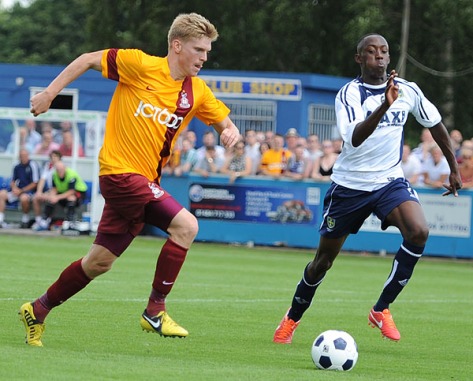 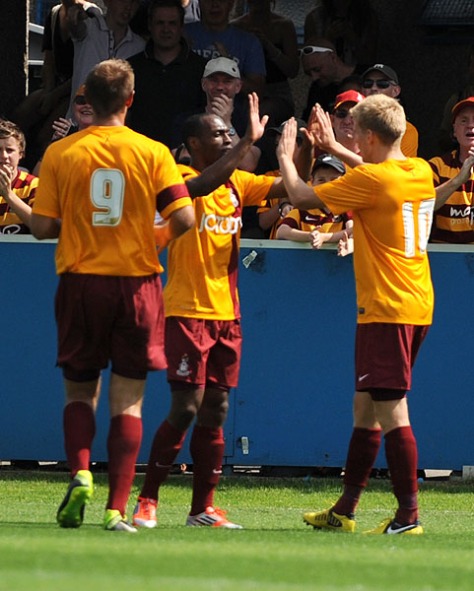 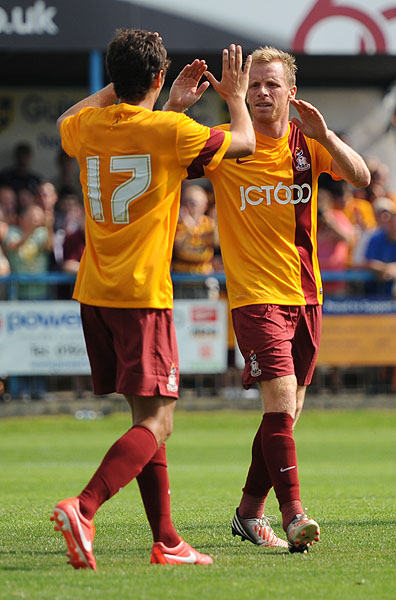 Photos from Bradford City’s epic win over Premiership team Arsenal in the Quarter Finals of the Capital One Cup.

Bradford City took a shock lead over the Gunners early in the first half, with Arsenal making it 1-1 with just a few minutes left of normal time; taking the game into extra time.

City defended well and held on for the extra 30 minutes, taking it to penalties; with Bradford winning their 9th penalty shoot out in a row!! 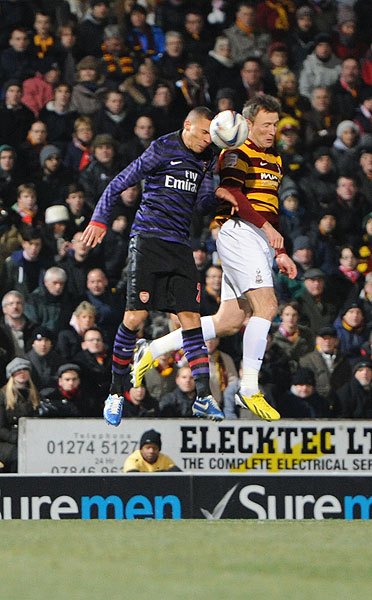 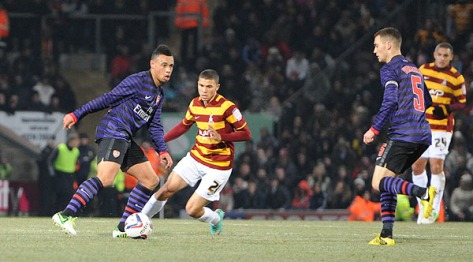 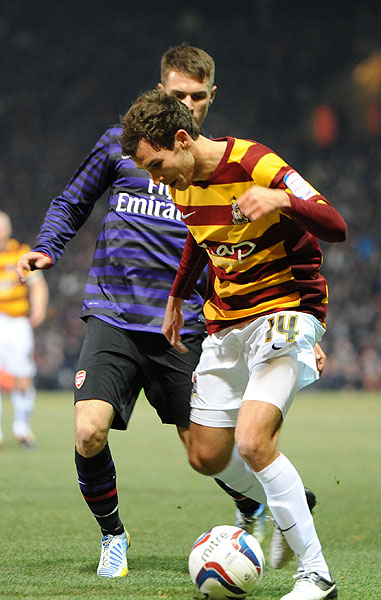 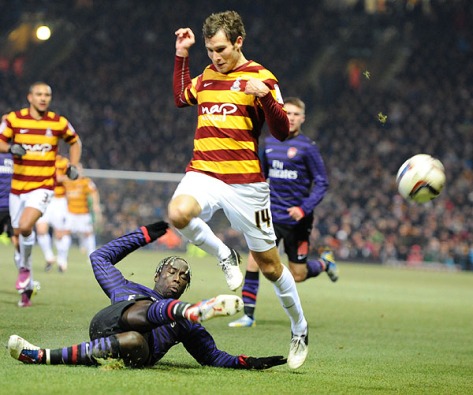 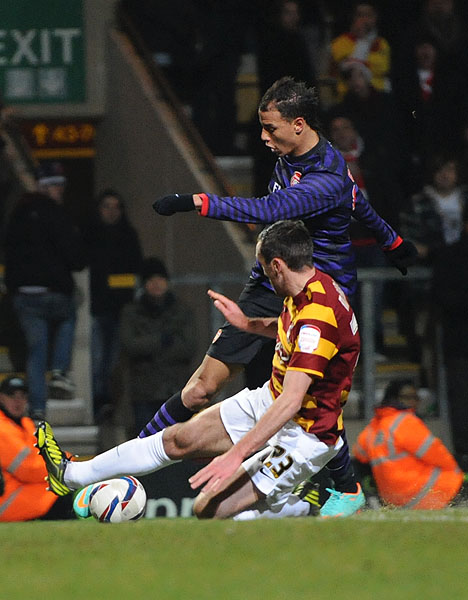 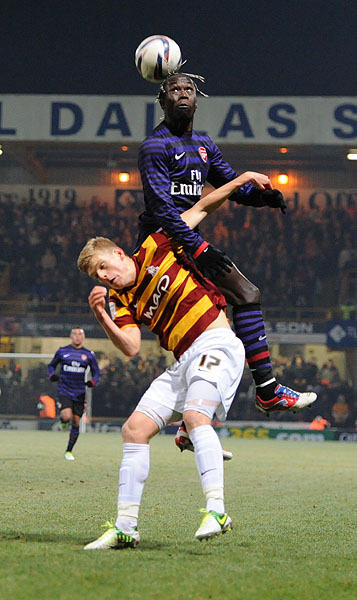 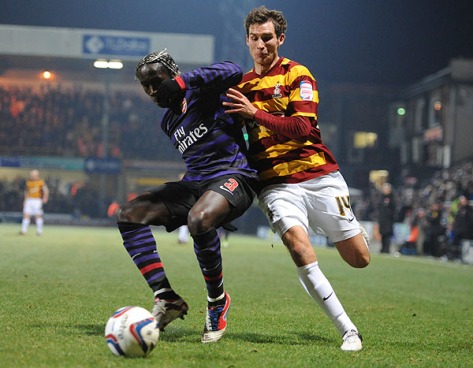 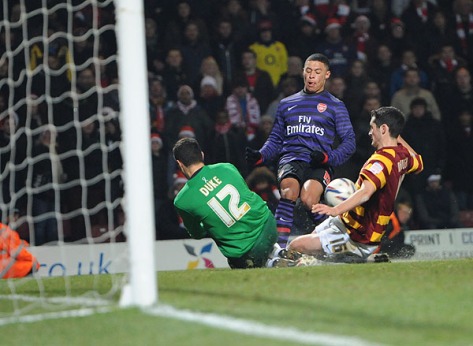 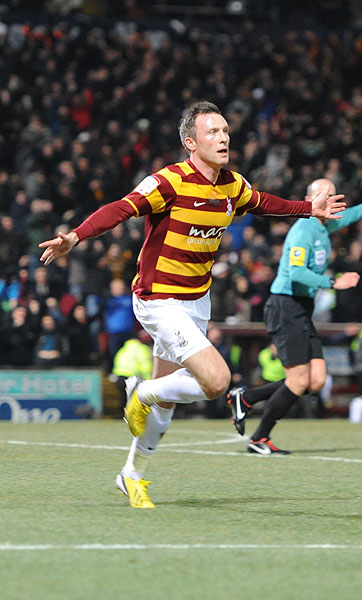 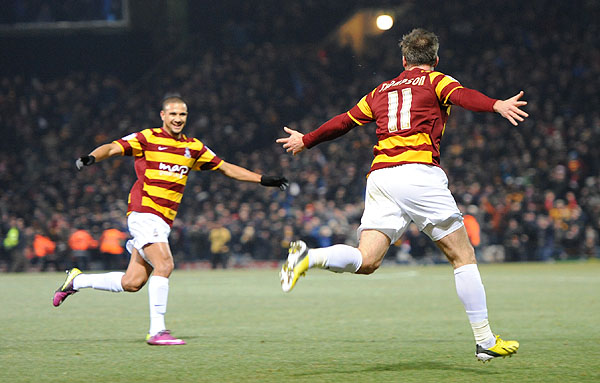 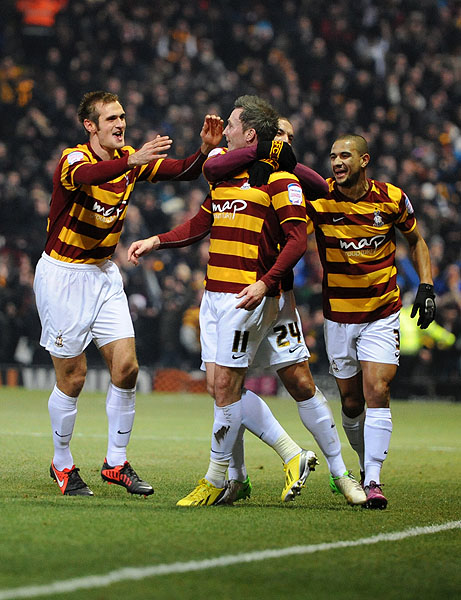 Wilshere scores for Arsenal to make it 2-1 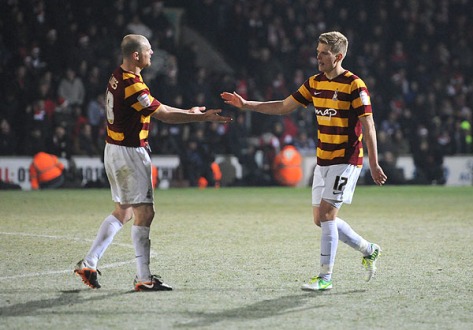 Ritchie Jones saw his penalty saved by Szczesny; scoring this would have secured City’s
place in the next round

The penalty shoot out finished in dramatic fashion, with Vermaelen’s effort hitting the post, meaning
Bradford City are through to the Semi-Final’s of the Capital One Cup, also making history for the club! 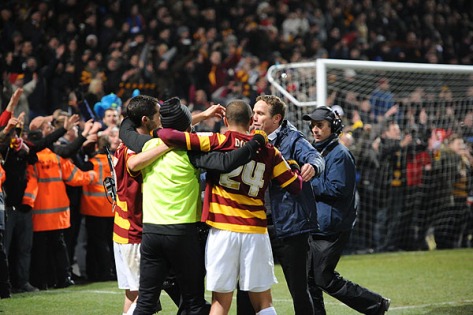 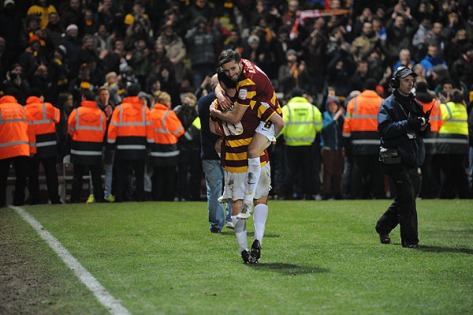 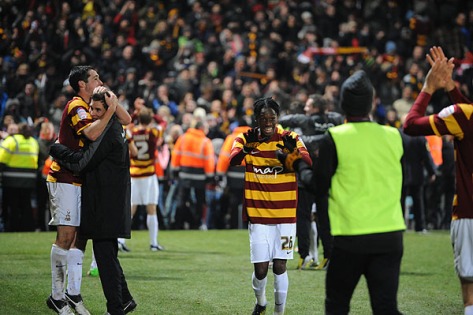 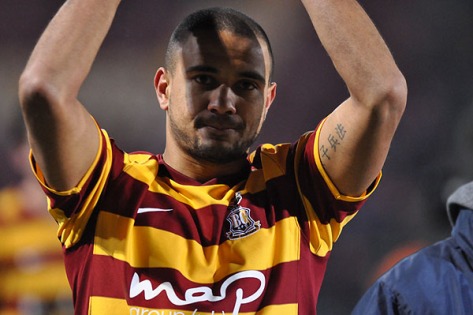 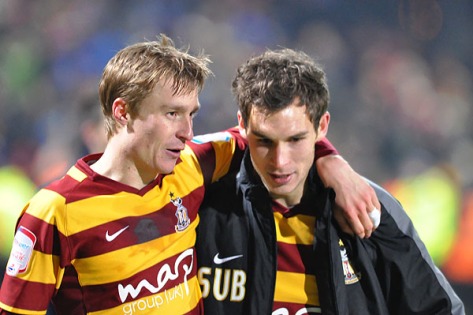